As a small independently run hotel group we are very aware that it is important to give something back to the community. We are fortunate at The Manor Collection that each of our three properties reside in prosperous and thriving communities where the locals like to get involved. We love getting to know the residents living nearby and invite them to join us twice yearly for Christmas and summer drinks at each of our venues. This enables us to update the residents on any events and plans we have and also allows them to get to know eachother and meet their neighbour from down the road for the first time!

As well as getting involved in our immediate community this way our management team are very active in the business communities and frequently attend networking events, getting involved in all levels from actively volunteering in these groups in the behind the scenes running of local Christmas fayres and charity events.

Each hotel has a chosen charity they support, Reigate Manor and Hartsfield Manor have both supported local Redhill based charity, George and The Giant Pledge where they have hosted numerous quiz nights, family fun days and an Easter egg hunt. A total of £10,000 has been raised jointly by the hotels for this fantastic cause and the hotels will continue to support the charity for the foreseeable future. Previously Reigate Manor supported St Catherine’s Hospice raising a total of £5000 by participating in dragon boat racing, hosting a successful quiz night with newsreader Nicholas Owen as the host and finally putting a team together to run the gruelling Run Reigate half marathon…..no mean feat we might add!

More recently, Hartsfield Manor supported Reigate based charity Loveworks by inviting a group of local elderly people to have Christmas lunch at the beautiful countryside hotel. The lunch was a great success and the guests enjoyed meeting Father Christmas and receiving a chocolate gift.

Hadlow Manor have hosted a similar experience, an afternoon tea for the local elderly people in the surrounding areas. This event was organising by the Tonbridge Rotary who picked the guests up and took them for a drive in the Kent countryside followed by a delicious afternoon tea at the hotel.

Hadlow Manor also supported another charity, Cystic Fibrosis by hosting a fantastic quiz night raising £1000 for this amazing cause.

Our most recent community activity is to be involved in the launch of the inaugural Reigate and Banstead Business Awards. The awards will also be hosted at Reigate Manor and we hope will be a huge success with plans to donate all proceeds to Stripey Stork and George and The Giant Pledge.

With plans for a quiz night for Reigate based charity Stripey Stork and another one for George and The Giant pledge at Reigate Manor the team at The Manor Collection aim to continue being involved in their local communities and carry on raising money for superb local causes.

For further information on all upcoming events please click on our events page or if you have a fundraising idea and would like to get involved please contact us. 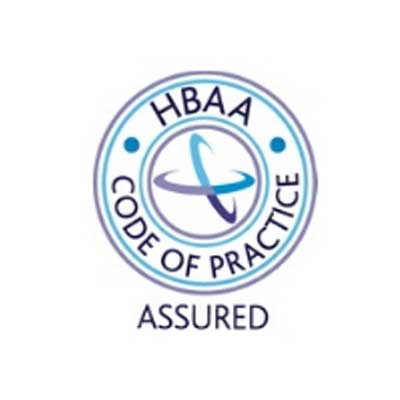 We are delighted that Reigate Manor has re-opened on Monday 10th August 2020.

Over the past few weeks prior to opening the team have been implementing new Covid safety measures across the hotel to ensure the safety of our guest and staff is of the highest importance when re-open. While it is ‘virtually impossible’ to remove every risk, we have implemented a new policy and have reviewed our risk assessments throughout.

All of our team members have also been trained with a certified Covid training program. The staff members will also have thermal temperature checks before starting shifts at the hotel.

Hygiene standards and physical distancing measures have been put in place throughout. Hand sanitising stations will be available throughout the hotel. Cleaning procedures in the hotel have been adapted and include a fogging machine which disinfects each area once it has been cleaned ready for our next customers use. Another one of our improvements in line with our new Covid policy is to remove serving food buffets and will be now serving all food to order.

The hotel is taking bookings for staycations, Sunday lunch, afternoon teas and dining in the restaurant. Please contact the hotel at functions@reigatemanor.co.uk or by calling 01737 240125

Reigate Manor has signed up to the ‘Eat out to Help out’ scheme which will be available to guests from Monday 10th August. Booking in advance is essential and can be made with one of the team in events or reception.